Notice: Due to COVID-19, we will be conducting all consultations via video chat, phone, or email. Please don’t hesitate to call us if you have any questions!
April 10, 2017
By Mazza Law, PLC

Mazza Law Center is thrilled to announce that attorney Danny Mazza has been recognized as a 2017 Super Lawyers Rising Star. This distinction is limited to just 2.5% of attorneys, and is based on peer nominations and a comprehensive evaluation of 12 indicators of professional achievement.

Danny is extremely honored to have been nominated, reviewed, and selected by his fellow attorneys and Super Lawyers. 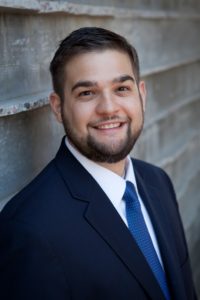 Practicing for five years, Phoenix-Scottsdale based attorney Danny has represented hundreds of clients in estate planning, probate, guardianship, and conservatorship matters with the utmost care and empathy. He currently serves as President-elect of the Young Lawyers Division of the State Bar of Arizona and is a member of ASU’s School of Political and Global Studies Alumni Advisory Board. Danny’s friendly, capable, and personable demeanor is a major factor behind his 10 out of 10 rating on AVVO, a trusted attorney directory.

Danny attended law school in Arizona, where he excelled in Gift & Estate Taxation and served as Vice President of the Student Bar Association. During law school, he was honored to serve as one of only two legal interns to Governor Jan Brewer. Additionally, Danny obtained a Certificate in International Commercial Arbitration from Georgia State University College of Law while studying overseas. Before attending law school, Danny graduated from Arizona State University with a Bachelor of Science in Political Science and Minor in Business, and interned in the office of U.S. Senator John McCain as an undergraduate.

Danny is dedicated to community involvement. He currently serves on the Paradise Valley Village Planning Committee, a position he was appointed to by the Mayor and City Council. Prior to his career in law, Danny worked in politics, government, and public affairs. He has traveled the country working on political campaigns, most notably spending time in New Hampshire during the 2008 Presidential primary season. Previously, he served as the Government & Public Affairs Manager at Arizona Federal Credit Union.

The son of two real estate professionals, Danny grew up in the real estate business, and has a special interest in probate matters involving real property.

Originally from Hackensack, New Jersey, Danny moved to the Scottsdale area with his family in 1991. He attended Horizon High School where he met his wife, Bonnie. Danny and Bonnie reside in Phoenix with their handsome toddler, Joey, and beautiful baby, Amelia.